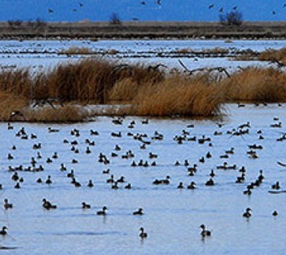 Wetlands along Gujarat's 1,600km coastline, which have become a haven for migratory birds, will be in focus at the Asian Waterbird Count (AWC) beginning January 2017. 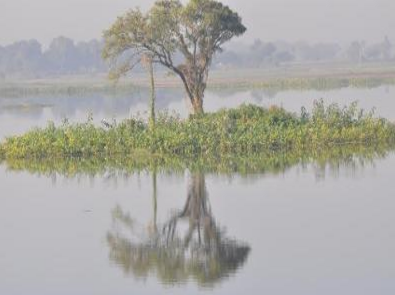 "In all, 20 teams have been identified to cover important sites on the entire coastal area of the state. Gujarat has over 1,650km long coastal belt with some difficult areas to approach.

In fact, several coastal sites in Gulf of Khambhat and Gulf of Kutch qualify as 'Ramsar Site'— a wetland of international importance," Dr B M Parasharya, state coordinator for the programme told TOI.

AWC, an international waterbird census programme initiated by the Wetland International in 1987, completed its journey of 30 years in January 2015.

"The objective of the exercise is to identify important coastal wetland sites supporting higher number of bird species for conservation purpose. The Bird Conservation Society, Gujarat (BCSG) has planned coastal bird census during the upcoming AWC in January 2017. Members of the BCSG are conducting the waterbird census since its inception in 1987," said Parashariya, who is also the research scientist (ornithology) at Anand Agricultural University, added.

Experts said Gujarat is on the top among all participating states in AWC programme with reference to number of wetlands counted, total bird count as well as number of participants. Every year, about 100 sites across the state are monitored by the birdwatchers of Gujarat.

During all these years, the sites being covered were mainly fresh water bodies. Very few coastal sites were covered due to various reasons. 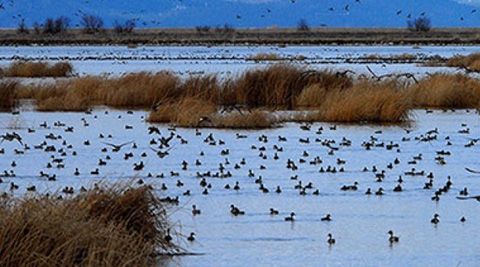 "Such important sites can be highlighted only through such special drives in coordinated census," said Dr Bakul Trivedi, secretary of BCSG.

"Over 5 million sq km of wetlands have been identified as being internationally important and 1 million sq km are designated as Ramsar sites worldwide. The IWC data has also helped detect population declines in time and triggered adequate management actions both at site and at fly way level," said AWC officials.

Source: The Times of India