The Role of Wetlands in Climate Neutrality Goal 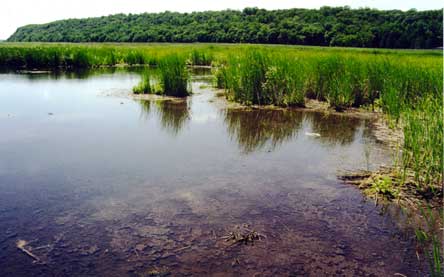 Wetlands, forests, and oceans absorb and store carbon, which makes them a vital asset for countries pursuing the Paris climate agreement’s targets for reducing CO2 emissions. 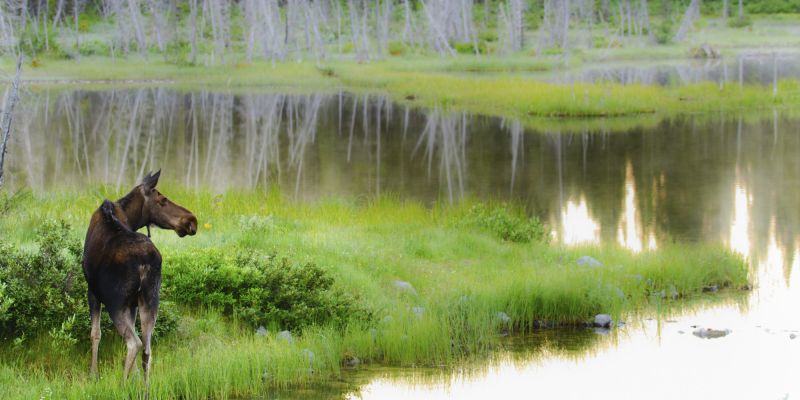 So how can we use them most effectively?

The Paris accord was concluded by 196 governments last December, and came into force earlier this month. Now, its signatories are meeting in Marrakesh, Morocco, for the annual United Nations climate change conference. Several conference events specifically focus on how countries can use natural systems to meet their CO2-reduction targets.

While the climate-change challenge is immense, so, too, is the opportunity to accelerate sustainable development and ensure a better future for everyone on the planet. Under the Paris agreement, governments have committed to reducing their carbon emissions drastically, in order to keep global warming below 2°C. The vast majority of signatory countries have already presented national action plans for achieving this goal, and these plans will become more ambitious over time.

Governments will need to take action to conserve existing ecosystems – and restore and expand degraded ecosystems – in people-friendly ways. This is particularly true of wetlands, which include all land areas – such as lakes, floodplains, peatlands, mangroves, and coral reefs – that are covered with water, either seasonally or permanently.

Peatlands are particularly important. Though they cover only 3% of the world’s total surface area, they store twice as much carbon as all forests combined. Peatland soils are composed of carbon – in the form of decomposed plant material – that has accumulated for thousands of years; and when peatlands are drained or burned, that carbon is released into the atmosphere. In fact, draining peatlands releases two times more carbon into the atmosphere than the aviation industry does.

In 2015, fires raged across Indonesia’s forested peatlands, raising concerns worldwide about how much carbon was being released into the atmosphere, to say nothing of the far-reaching health effects. Indonesia’s government estimates that peatland fires and deforestation alone account for more than 60% of the country’s total greenhouse-gas emissions. 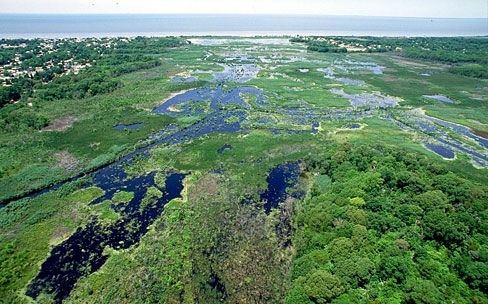 Conserving and restoring peatlands could significantly reduce global CO2 emissions, which is why, in 2015, the Nordic Council of Ministers announced a commitment to preserve the region’s peatlands.

Almost half of Nordic countries’ peatlands have been lost, and this ecosystem degradation contributes 25% of their total carbon emissions.

The Paris agreement entered fully into force in less than a year.

This indicates that there is global momentum for concrete action to address the causes of climate change, as well as its effects, such as the disastrous floods, water shortages, and droughts already afflicting many countries.

That sense of urgency is not surprising. According to UN-Water, 90% of all natural hazards are water-related, and they will increase in frequency and intensity as climate change worsens.

But natural systems can mitigate them: wetlands act as sponges that reduce flooding and delay the onset of droughts; and mangroves, salt marshes, and coral reefs all act as buffers that protect against storm surges. And wetlands, oceans, and forests do far more than just absorb and store carbon; they also provide fresh water, and are a food source for nearly three billion people.

Countries have a readymade platform that they can use for their future wetland-conservation efforts. The Ramsar Convention on Wetlands, an intergovernmental treaty under which 169 countries have committed to conserve and sustainably manage their wetlands, is an ideal vehicle for help them reach their CO2-reduction targets, as well as meet the UN Sustainable Development Goals for 2030.

The Paris agreement’s long-term objective is to achieve climate neutrality – no net greenhouse-gas emissions – in the second half of this century. Climate neutrality is necessary to keep global warming below 2°C; to reach it, we must reduce emissions to the point that they can be fully and easily absorbed by nature. This was the natural cycle for millions of years before anthropogenic climate change began.

Climate neutrality can be achieved through political willpower, imaginative policies, new green technologies and clean-energy sources, and a multi-trillion-dollar shift in investment toward sustainable economic sectors and infrastructure.

In addition, these measures’ success requires cost-effective investment in conservation efforts and expansion of natural capital. Only nature-based systems such as wetlands and forests can truly guarantee success – and a clean, prosperous future.