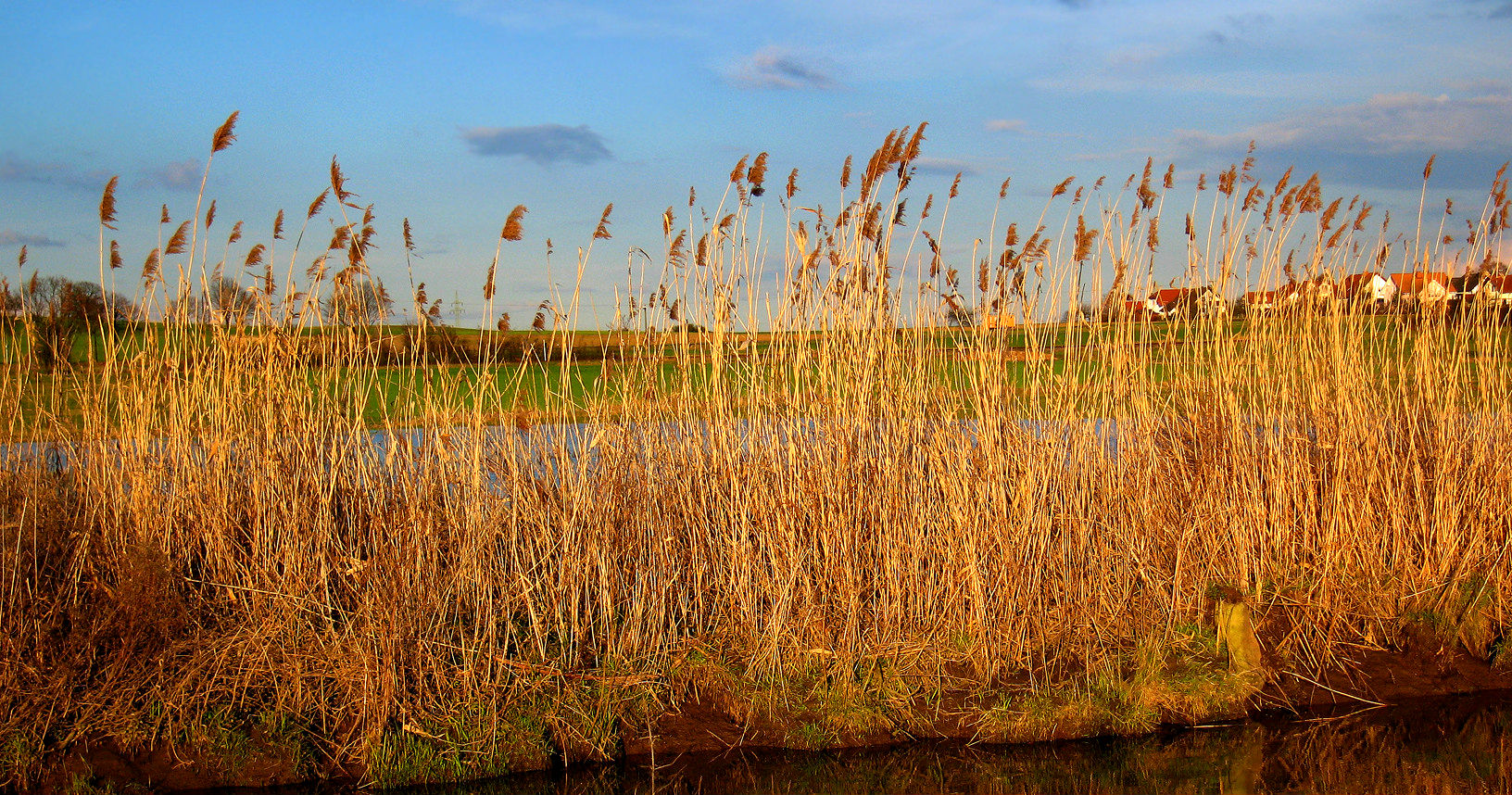 Phragmites, or phrag, can be seen bristling from the salt marshes on the sound shore, or forming acres along the Hudson's banks that look like harvest wheat. Each stalk can grow taller than a person.

Although its appearance is about as terrifying as an ear of corn, the plants it pushes out serve as habitat for birds, amphibians, shellfish, some baby fish and small animals.

Its roots bind soil and elevate marshland, which experts say reduces erosion but results in net loss of wetlands.

Its lack of nutritional value weakens the entire food chain, according to Michael P. Weinstein, an expert on coastal ecology who has extensively studied the assault of the common reed. For example, snails may eat phrag, then be eaten by small fish, which are then eaten by larger predator fish.

Weinstein tracked how fish in phrag marshes experienced poorer energy reserves compared to fish in non-phrag marshes. Those energy levels have a negative effect on the population during winter, when fish may migrate or bury themselves in bank mud.

A monoculture is created in the areas where it thrives and it’s the only thing left able to grow.

The problem is getting worse. Its dominance hasn’t slowed because it sprouts from underground vines called rhizomes that can grow several feet below ground and reach dozens of yards in length.

It has made inroads in places where tidal flow is cut back and thrives in brackish waters.

“This is a plant that grows from underground stems,” said Juliana Barrett, with the group Connecticut Sea Grant. “Digging it out has never been effective.”

There is a strain native to the area, but the more common taller, denser version is a hybrid that mixed with a species emigrated from Europe or Asia in the early 19th century, most likely after hitching a ride in boat ballasts or in shipping crates.

There aren’t animals that eat phrag in any large amounts, according to Weinstein. In fact, he once observed a test in Delaware that had goats brought into a fenced in area with the hope they’d chow down on it.

“The goats weren’t too happy about just eating phragmites,” he said. (Plus, introducing animals as a solution has its own concerns for biodiversity.)

Weinstein has studied the phrag problem in Piermont Marsh on the Hudson River, where the state Department of Environmental Conservation considered using herbicide in 2014 to kill the reed. Herbicide is the most effective deterrent, many experts agree, but its use is controversial among local environmentalists. In Piermont, proposing to spray the reeds faced community backlash.

Several methods have been used to combat the invasive species, which is growing lush and green during the summer on Westchester County wetlands along the Sound, including regular mowing and covering areas in plastic.

The DEC has used controlled burning in Putnam County.

Peter Tartaglia, deputy commissioner of Westchester County parks, said the county uses a lot of manpower and volunteers to pluck the reed to reduce its scope. The county's efforts focus on the area around Playland Lake in Rye, which is fed by Sound water, because it supports multiple plant and animal species.

On the nearby shoreline near the Edith G. Read Wildlife Sanctuary, however, the county fights it more sparingly, because it offers a barrier from runoff and flooding on the upper beach.

"Look, it’s here to stay,' Tartaglia said. "To completely eradicate it, we don’t take that approach because we don’t think that’s going to happen."