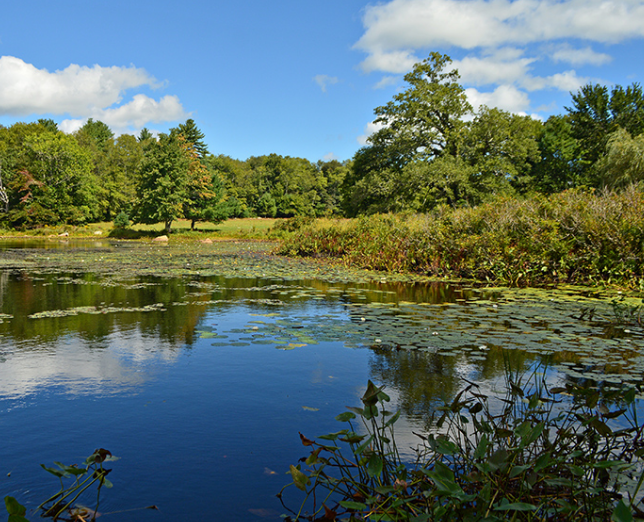 Several towns in Massachusetts partnered with Buzzards Bay Coalition  to protect wetlands and forests in the southeastern part of the state. 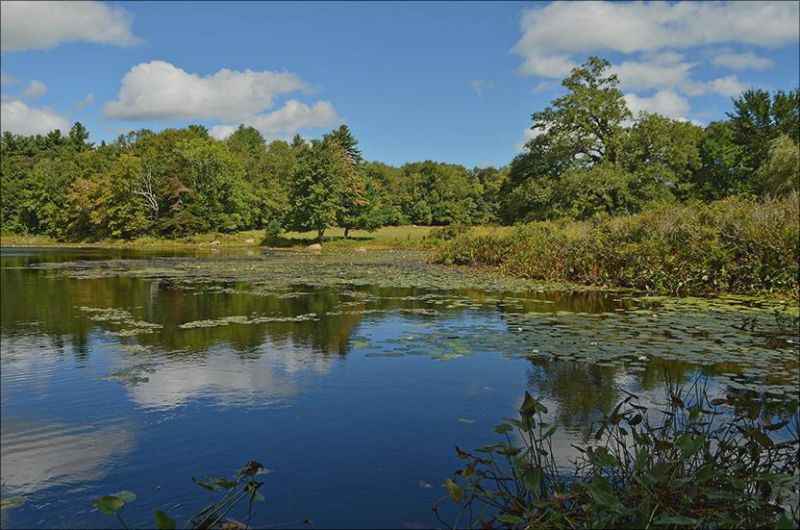 In April, the Buzzards Bay Coalition is expected to open trails at two newly protected properties at Tinkhamtown Woodlands in Mattapoisett, above, and New Boston Road in Fairhaven, growing the Mattapoisett River Reserve to 530 acres of publicly accessible forests, wetlands and cranberry bogs for hiking, paddling, fishing, hunting and wildlife watching. (BBC)

The Massachusetts towns of Fairhaven, Marion, Mattapoisett and Rochester, working in partnership with the Buzzards Bay Coalition, permanently protected from development 1,468 acres of forests and wetlands in the Mattapoisett River valley between 2001 and 2016 — an average of 98 acres annually — to safeguard public drinking-water supplies.

The Mattapoisett River Valley, which spans from Snipatuit Pond in Rochester to Mattapoisett Harbor, is one of the most important water resources in southeastern Massachusetts, according to the Buzzards Bay Coalition (BBC). The underground aquifer supplies drinking water to more than 24,000 residents.

A recently released report details how the Mattapoisett River supports outdoor recreation, a historically active river herring run, and a number of rare and threatened plant and animal species.

Conserving land is one of the most important ways to protect water for drinking, swimming and fishing. Forests, streams and wetlands work together to shield water supplies from harmful pollution. Preserving this land not only safeguards clean drinking water, but it also protects clean water downstream in Buzzards Bay for people, wildlife and aquatic life, according to BBC’s president.

“Many places in Massachusetts and along the East Coast are actually losing much more than 100 acres of sensitive land to development every year,” Mark Rasmussen said. “In the Mattapoisett River valley, with the strong commitment of these four towns, we’ve been able to reverse the trend and permanently conserve our land and water for generations to come.”

In 2000, the BBC partnered with the Mattapoisett River Valley Water Supply Protection Committee, composed of representatives from the four towns, to conserve land in the river valley to safeguard drinking-water supplies. At that time, just 8 percent of the river valley was permanently protected from development. Today, that number has increased to 17 percent.

“Over the years, the Mattapoisett River Valley Water Protection Advisory Committee has developed a successful partnership of land ownership with the Buzzards Bay Coalition,” said Vincent Furtado, superintendent of the Fairhaven Board of Public Works. “This has resulted in preserving open lands for the survival of our environment, which includes protecting our drinking-water supplies, promoting healthier, active lifestyles, and sustaining habitats for native plants and animal species.”