Niagara River Restored and It Looks Like a Jurassic Park

Restoration efforts – envisioned by Buffalo Niagara Riverkeeper and executed by scientists and engineers – are working. 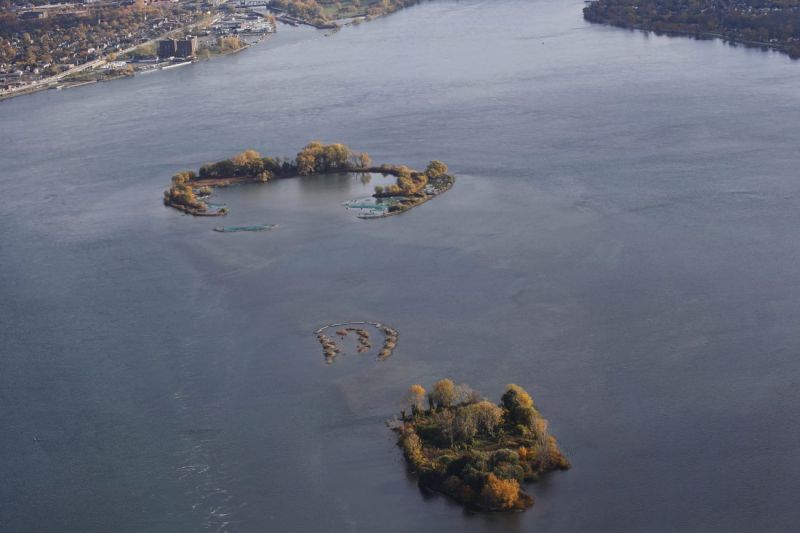 It can be hard to see from the shoreline at Riverside Park, but the upper Niagara River is teeming with life.

Great blue herons, bald eagles, egrets and cormorants soar through the sky. Sturgeon, muskellunge and other fish species spawn in the river’s swift current. Turtles, beavers and mink are all there, too.

Not long ago, it wasn’t that way, as nature often took the brunt of change during the industrialized 20th century.

Now it's a comeback story of the 21st century.

It can be hard to see from the shoreline at Riverside Park, but the upper Niagara River is teeming with life.

Great blue herons, bald eagles, egrets and cormorants soar through the sky. Sturgeon, muskellunge and other fish species spawn in the river’s swift current. Turtles, beavers and mink are all there, too.

Not long ago, it wasn’t that way, as nature often took the brunt of change during the industrialized 20th century.

Now it's a comeback story of the 21st century.

An island, once under water, has been resurrected from the depths of the river.

Native habitats are back on Strawberry, Motor and Little Beaver islands. They are among the eight habitat improvement projects stretching from Tifft Nature Preserve in Buffalo to Buckhorn Island State Park on Grand Island.

In some cases, the results are jaw-dropping. 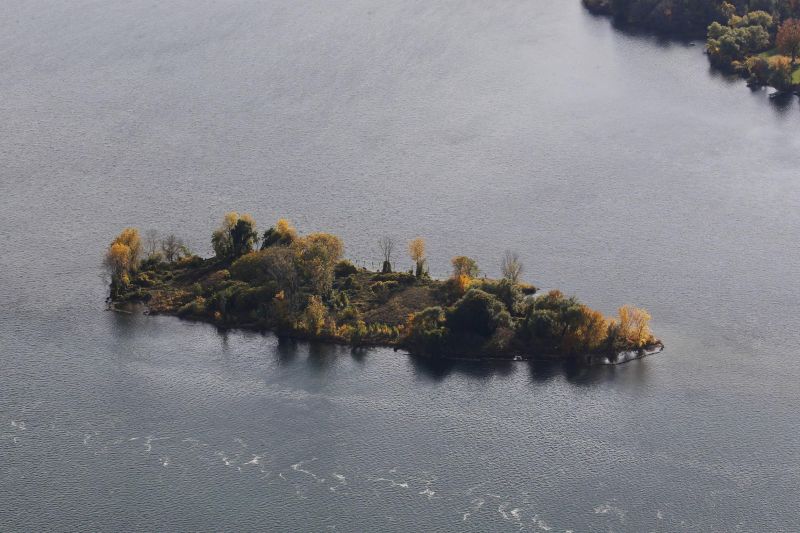 The wildlife resurgence around Motor Island is almost working too well.

So the next steps in the restoration there could be regarded as success management. In scientific and political speak, it's called an “adaptive management approach.”

When beavers started taking down trees there, other trees got wrapped in protective covering.

McKeown said that means their numbers need to be kept at manageable levels.

“There’s a balance we want to achieve here,” McKeown said. “We just don’t want them to exclude other species that are out there.”

Plants in some areas were also taking a beating from boat wakes and wave action. So shoreline berms with native plantings are being raised another notch.

Other work on the island included tearing out invasive plant species and replanting native shrubs and wildflowers, including at a spot formerly covered in asphalt tennis courts from its recreation days gone by.

Crews also created sculpted and gradual embankments around the island, and planted submerged aquatic vegetation. That could wind up enhancing habitat and providing natural nursery spaces for some species of native fish, including muskellunge.

Specific measures to encourage muskellunge, also known as “muskies,” were implemented at nearby Strawberry Island and at a recreated island archipelago by creating breaks in water velocities.

Since the upper Niagara River is the only place besides the St. Lawrence River that the muskellunge are known to spawn in New York State, it provides unique opportunities, biologists said. 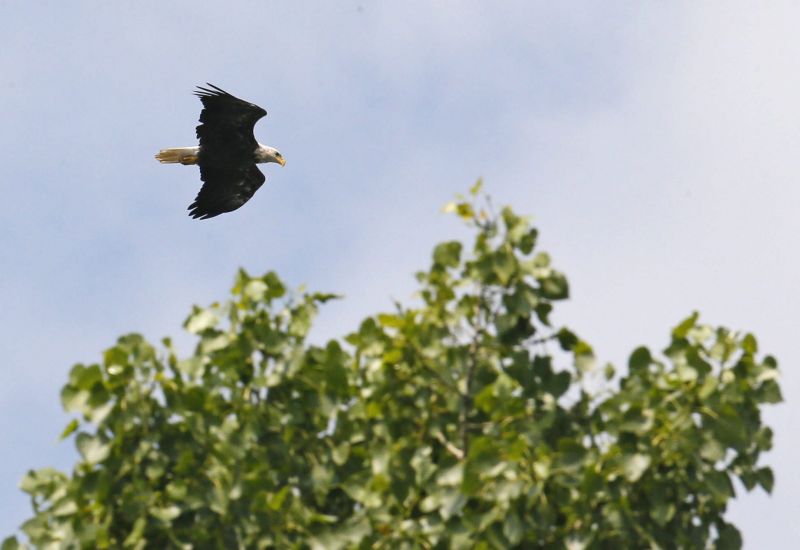 Bald eagles returned to Strawberry Island, and fledged two eaglets, in 2016. The nest had gone empty for a year. (Derek Gee/News file photo)

After a year’s hiatus, a bald eagle reoccupied its nest on the southern end of Strawberry Island in 2016.

This happened despite ongoing environmental restoration work that included creating an island in front of Strawberry Island’s lagoon.

The island, created by a peanut-shaped enclosure using temporary metal sheet piling, is so new it’s not even visible on the latest Google satellite map. It is designed to cut down on wave action and erosion inside the large shallow lagoon, created when gravel was excavated to construct the Niagara section of the Thruway in the 1950s.

“We stayed away from the heart of the lagoon,” Schoenwiesner said. “There is a lot of valuable submerged aquatic vegetation that we don’t want to disturb.”

The new island, which remains unnamed, proved a popular nesting spot for the common tern this year. Schoenwiesner expects that to change next year with the recent removal of the temporary metal sheet piling around the island and the additional native plantings recently put there.

Native planting work also continues on Strawberry Island proper. It will be completed next year.

This month, additional upland tree protection is scheduled on other parts of the island, Schoenwiesner said.

Although more prevalent at Motor Island, beavers are active on Strawberry Island, too. A couple years ago, beavers went to work on the tree where the bald eagles nest before a crew rescued the tree with a protective covering.

The new island archipelago, top, next to Motor Island, left. The re-created islands had previously eroded to a sandy riverbed. (Derek Gee/Buffalo News)

This newly created island archipelago – which remains unnamed but was apparently misidentified as "Frog Island" during the initial work – thrives in the river between Strawberry and Motor islands.

The archipelago, excavated in 2013 and 2014, with native plantings added through 2015, has literally changed the map of the Niagara River.

Schoenwiesner uses past and present pictures from Google Earth to show what’s emerged.

“There was nothing there above the water surface for many years,” Schoenwiesner said. “You can see that. And what’s there today?”

What’s present: the beginnings of a marshland restoration. Higher water levels and waves in the 1980s eroded the marshland that had been there before.

“The idea is to return a productive marshland habitat but also to not let erosion re-occur to wipe it out again,” Schoenwiesner said.

In all, the work added 3.4 acres of habitat on a roughly 5-acre footprint.

An early “battleship-like” design that would stand up to wind and waves would have been more robust, Schoenwiesner said. But it was rejected because the design devoted too much space for protection and not enough for natural marshland habitat for fish congregation and nursing areas.

“We think we’ve hit the right sweet spot as best we could,” Schoenwiesner said.

With a blend of different sizes of stone, berms and other materials to anchor plantings and resist ice and waves, it seems to be working.