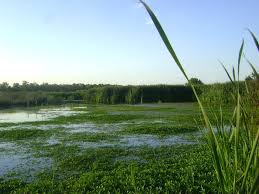 One of Uganda's major challenges to cereals farming is Striga or witch-weed which causes up to 100 per cent crop-loss in highest-infestation areas. But soon, there will be more effective control when a new method, the Imazapyr Resistant (IR) hybrid maize, matures this year.

Striga is a parasitic weed that severely hampers productivity of staple crops such as maize, sorghum, millet and upland rice in Sub-Saharan Africa. It survives by siphoning off water and nutrients from host crops, for its own growth.

IR involves treating seeds of the cereal crop with IR herbicide, which keeps off Striga from growing on roots where it positions itself.

In its IR research project, NaCRRI is collaborating with the International Maize and Wheat Improvement Centre (CIMMYT).

"Hybrid maize variety has to be resistant to the herbicide that once the chemical (Imazapyr) is coated on its seed, the maize survives while striga dies before it can damage the host plant," Asea explained.

"But the most effective approach for farmers is an integrated system that entails push-pull, intercropping with legumes, seed-coating with herbicide."

Push-pull technology is intercropping maize with Desmodium and Napier grass at the borders. This has been proven to effectively control Striga and stem borers.

"The IR solution comes out at the end of 2016 when we shall apply for release to the ministry of Agriculture," added Dr Asea, who previously headed NaCRRI's Cereals Research Programme.