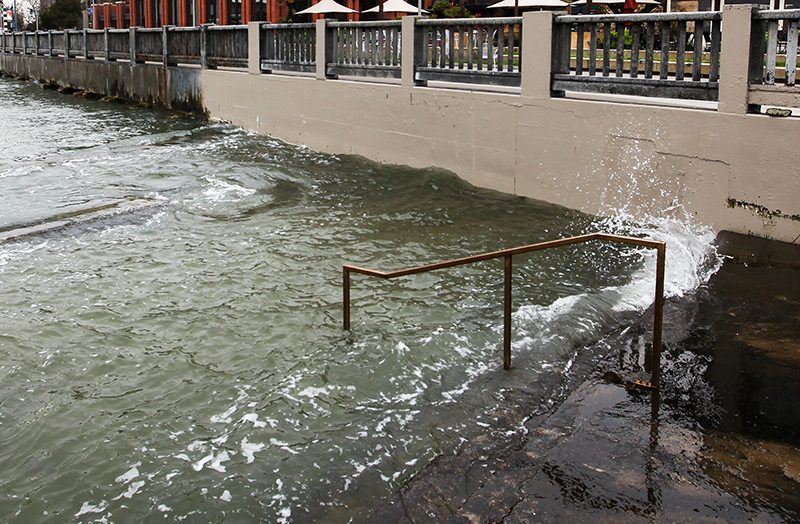 San Francisco’s Bay is polluted, its wetlands are deteriorating and its wildlife is in dire need of help.

That’s the position of Save the Bay and a coalition of environmental organizations and business groups backing Measure AA, a nine-county initiative that will appear on the ballot in San Francisco’s June 7 election.

The fund would also be tapped for cleaning the Bay’s water and creating or restoring infrastructure in Bay Area tidal communities.

On Tuesday, Audubon California and Save the Bay partnered with Facebook for a live video-stream to answer questions from the public about Measure AA.

“We’ve lost a lot of our wetlands around the Bay,” Andrea Jones, director of bird conservation at Audubon California, said during the Facebook video event.

Jones argued that more than a million birds birds call the Bay’s wetlands home during their migration, and those wetlands are in need of restoration.

Wetlands naturally filter sediment and chemicals from water, allowing the detritus to drop to the wetland floor.

Measure AA money will also go to flood protection. The tidal marshes absorb water to prevent flooding. Audubon California wrote in a statement that more than $60 billion in homes, businesses and infrastructure in the Bay Area are at risk of sea level rise.

The measure is, however, drawing criticism from those opposed to increasing taxes.

“This parcel tax which is sold as only $12 a year, a pittance, will be paid by my neighboring homeowners and me,” said retired Judge Quentin Kopp, also a former president of the San Francisco Board of Supervisors.

“The same amount will be paid by Chevron, PG&E, Oracle, Facebook, AT&T,” he said.

Kopp also argued taxpayers will be footing the bill for protecting billion-dollar businesses located near the Bay from sea level rise.

“They must figure there is a need to protect their properties, that’s why they have sponsored this,” Kopp said.

But Supervisor Scott Wiener, who supports Measure AA and also sits on the San Francisco Bay Area Restoration Authority’s board that voted to place AA on the ballot, noted the $500 million the measure is expected to raise will not completely fund the identified $1.5 billion need to restore wetlands throughout the Bay Area.

The $500 million, he emphasized, would help in applications for funding from federal and state sources.

Those funders, Wiener said, want to see that San Francisco “has skin in the game.”

San Francisco’s paid sick leave law needs a tune up to ensure it falls in line with state law.

State law, for instance, begins accrual of time for paid leave on the first day of the job, while San Francisco’s starts on day 91. Sick leave could also be used in cases of domestic violence, sexual assault and stalking if the measure is approved.

Since paid sick leave in San Francisco was enacted by a ballot proposition approved by voters, no government entity may change it without further voter approval, which is why Prop. E must go before voters.

The measure requires a majority of voter approval to pass.