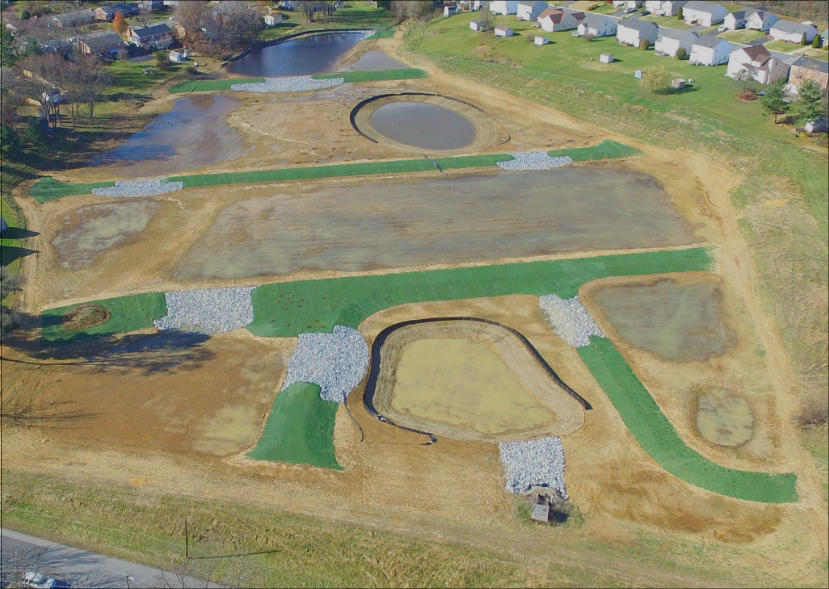 What used to be a boggy, grassy field in Waynesboro has been transformed into a 10-acre wetland with pools and ponds.

The project, known as the Waynesboro Jefferson Park Constructed Wetland, helps reduce polluted runoff, and, for its efforts, was recently recognized with the 2017 Best Urban BMP (Best Management Practices) project. 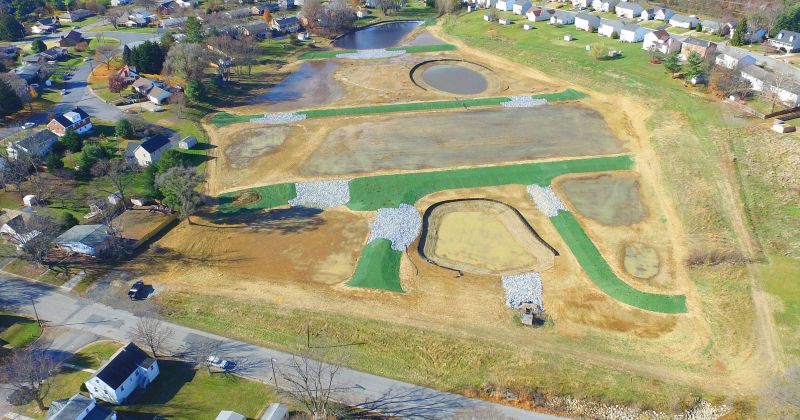 The site near Ohio Street and Randolph Avenue was an open space for nearly 20 years with a small stream running through the middle. During heavy rains, the low-lying field collected and held back access water; this helped with flooding issues in the surrounding neighborhoods.

Once Waynesboro looked into how to cut pollution entering the South River, they discovered the site could reduce polluted runoff.

Waynesboro and the Timmons Group worked together to construct the Jefferson Park Constructed Wetland project.

“The City is excited that this project will reduce water pollution in the South River and the Chesapeake Bay and hopefully provide a neighborhood amenity by increasing wildlife habitat in a passive recreational setting,” Tafford McRae, Waynesboro’s stormwater program manager, said.

In 2016, the small stream was rerouted, pools were carved and native grass and trees came in. During a heavy rain, the pools retain and slow down water excess, the sediment settles out and the plants absorb and filter polluted runoff before it moves downstream.

The Jefferson Park Constructed Wetland project won the 2017 Best Urban BMP in the Bay Awards (BUBBA) given by the Chesapeake Stormwater Network. The awards recognize the best BMPs that have been installed in the Chesapeake Bay Watershed.

“The Best Habitat Creation in a BMP category recognizes stormwater practices that provide a unique blend of aquatic, wetland or upland wildlife habitat while still providing effective stormwater function,” the press release said. “Projects are also required to either create a new habitat or expand an existing one.”

Both McRae and Tim Klabunde, director of marketing with the Timmons Group, were ecstatic to receive the award.