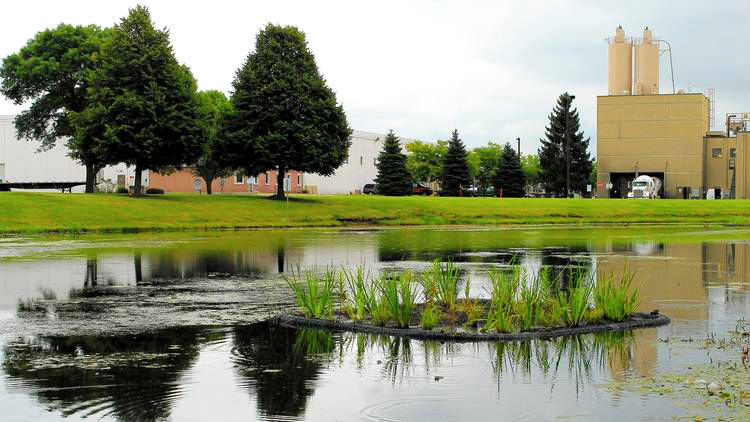 The wetlands are a pilot project that city officials hope could not only clean algae from its stormwater detention ponds without the use of chemicals or aerating fountains but save money as well.

Anneke Duin is a Naperville North High School graduate who created the floating wetlands pilot program as part of her summer internship with the city of Naperville. 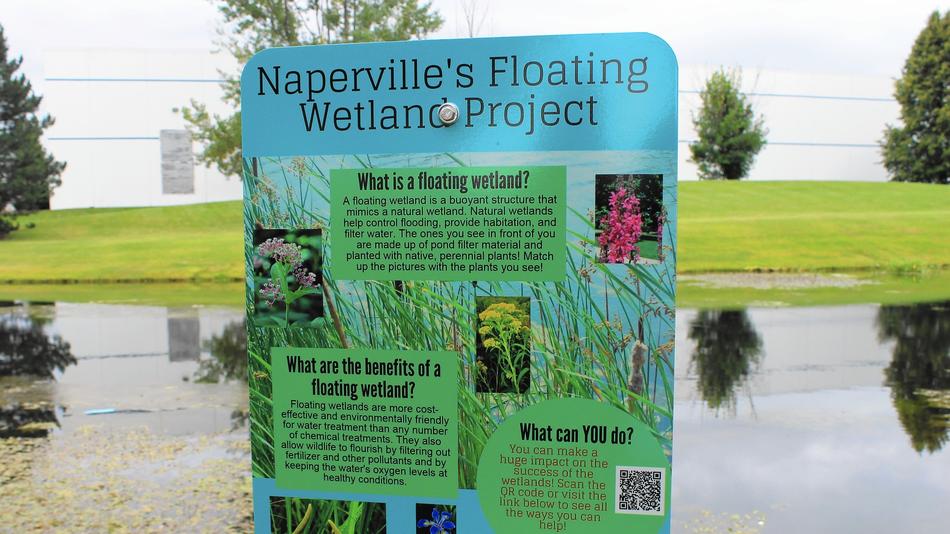 They also filter phosphorous and nitrogen from the pond, two elements common in fertilizer runoff that create algae growth in the water.

"It's an innovative new way to help improve the water quality in stormwater ponds," said Desiree Poole, geographic information systems specialist for the city of Naperville.

At $3,000 for four floating wetlands, it's also cheaper than chemicals or a new aerating fountain. Each one takes about four hours to assemble. The pond's water quality should improve as the plants grow. 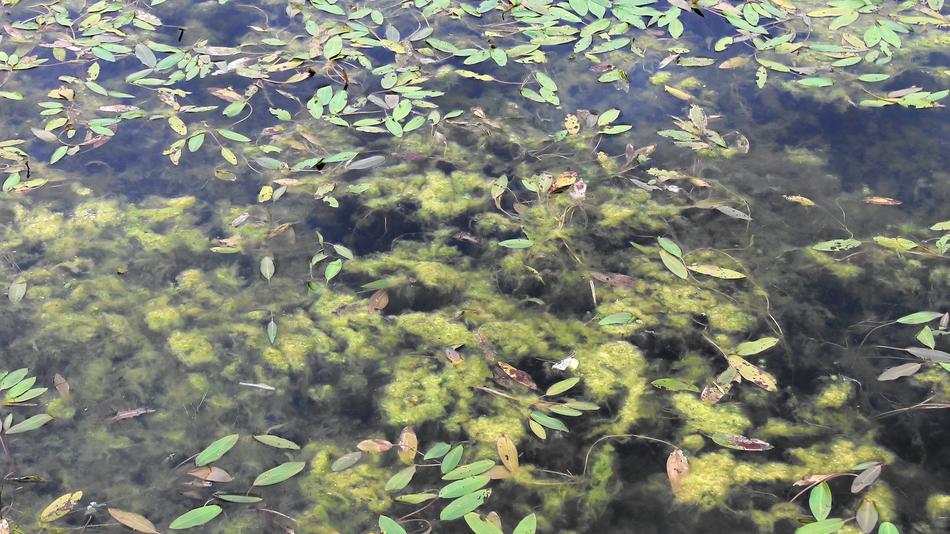 To create the floating wetland, seedlings for dozens of native perennial grasses and other wetland plants were sunk into an assembly of foam and filter material about eight feet by eight feet and buoyed by empty water bottles stuffed into black corrugated pipe.

Peat moss is scattered on the top. Old bleach bottles filled with water and sand anchor the plant platforms in place.

An incoming freshman at the University of Minnesota, Duin said she applied for the city's internship because "I care about the environment and wanted to see how I could make my mark in the city of Naperville."