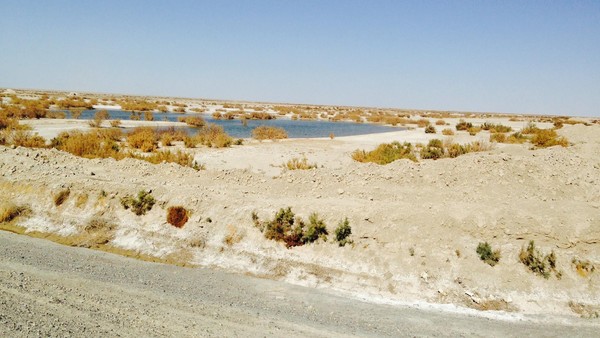 The fertile Hamoun wetlands on Iran’s border with Afghanistan have a long history. They supported a sophisticated culture in ancient times where, according to legend, Zoroastrianism originated. The verdant landscape was the setting for the epic Persian poem, the Shahnameh.

But it has taken just a few years to turn the 5,660 sq km area into an ecological disaster. Its once teeming waters are now reduced to a cracked, dust-covered expanse dotted with abandoned boats.

State mismanagement, 15 years of drought and the building of dams in neighbouring Afghanistan are blamed for the disappearance of the waters, leaving the local population, who for generations lived on fishing, cattle breeding and hunting, with no source of income.

“We are alive but we do not live,” said Somayyeh, a 26-year-old woman whose family lost 100 cows and 50 sheep because of the drying out of the region. “Hamoun brings us nothing but dust and misery.”

The dying wetland is just one sign of a growing water crisis in Iran that political leaders say is likely to become the country’s biggest challenge in the future.

Over the past four decades the country’s population has doubled to 78m while rainfall has declined 16 per cent. Annual rainfall is about 200mm, about a third of the global average, and 75 per cent of it falls on just 25 per cent of the country. Wasteful irrigation practices and the growth of industry in arid regions have added to the pressure on water resources.

Some 74 important Iranian wetlands are “seriously damaged”, according to Masoumeh Ebtekar, Iran’s vice-president and head of the Environment Protection Organisation.

The dried up wetlands are not only harming the local economy but are also creating dust storms and a choking haze in many parts of the country, contributing to respiratory disease, cancer and even depression.

Hamoun also has the potential to provoke instability in a region where competition for water resources is intense. Tehran blames the Kabul government for cutting off water supplies to the wetland by building dams and canals for irrigation schemes in the provinces of Kandahar, Helmand and Nimroz — although analysts point out the creation of reservoirs in Sistan-Baluchestan province by the Iranian government has also diverted water from Hamoun.

Nasser Ahmad Noor, Afghanistan’s ambassador to Iran, pointed out that the situation on the other side of the border was “even worse”.

“For more than three decades Afghanistan has been at war, while Iran was going through development, progress and [strengthening its] authority,” he told a gathering organised by the Iranian government at the border town of Zabol.