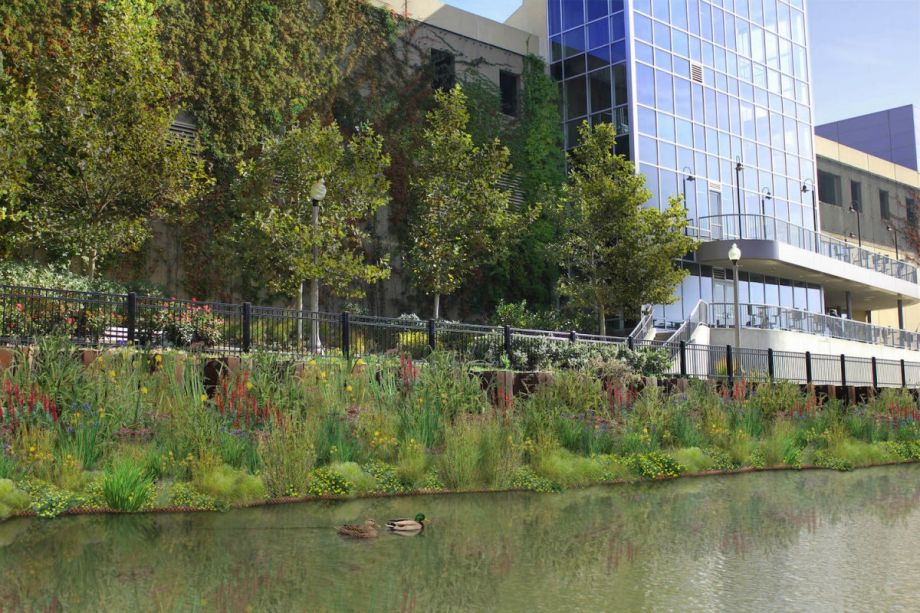 Over 600 feet of floating wetlands are coming to the Chicago River as a pilot project by nonprofit Urban Rivers, which hopes to rehabilitate urban waterways in Chicago and around the world. 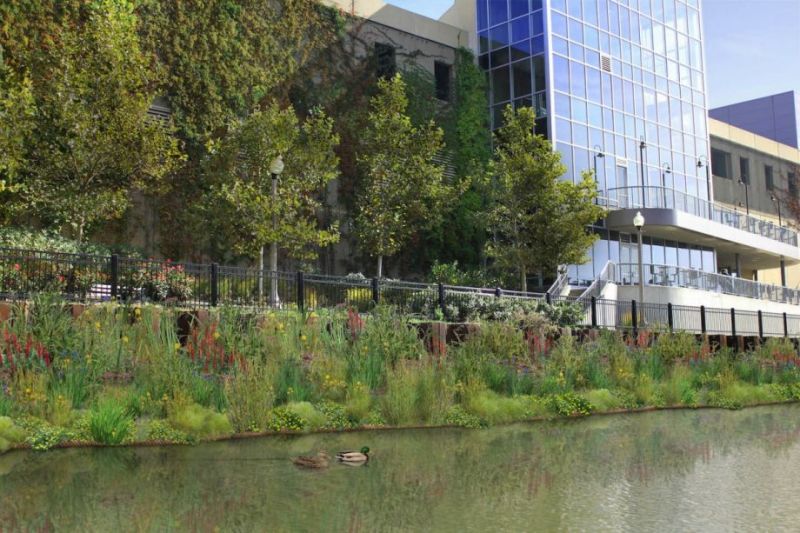 The effort comes on top of the city’s own ambitious plans to make the Chicago River more inviting and productive.

The wetland design, partially funded through Kickstarter, calls for four 150-foot-long, 10-foot-wide platforms anchored to the riverbanks. The goal is to turn the mile-long stretch of the Chicago River at Goose Island back into an urban wildlife sanctuary.

The gardens will provide habitat for fish, ducks, turtles and even aquatic mammals like muskrats and river otters. Plant species native to Illinois wetlands and prairies will be chosen specifically for their ability to attract and sustain wildlife.

The nonprofit imagines the space will also appeal to urban kayakers, and provide an opportunity to educate the community on environmental issues. Urban Rivers is working with the Metropolitan Water Reclamation District on a four-year study monitoring fish populations at its installation site.

One of the nonprofit’s co-founders has already conducted some research on the topic, which indicated a 100 percent increase in fish populations around a floating garden compared to a traditional dock.

With just under a week to go, Urban Rivers has more than doubled its original Kickstarter goal of $10,000, and any additional donations will help to extend the length of the garden. The project has already been permitted and designed, and will be installed in May 2017.